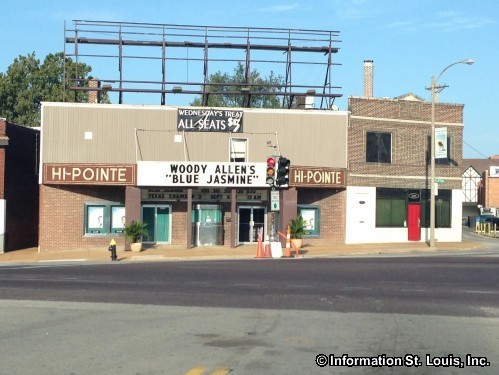 The St. Louis Public School District serves the Hi-Pointe Neighborhood. Dewey International Studies Elementary School is located on Clayton Avenue and is a Magnet elementary school. Foreign languages such as French, Spanish, German and Russian are integrated throughout the Preschool through 5th grade curriculum at Dewey Elementary. The school was built in 1917 and was designed by Rockwell M. Milligan, the St. Louis Public School architect from 1917 to 1929.

The Hi-Pointe Neighborhood has two unique features within its boundaries. The first is the very visible and titled as the "world's largest" Amoco sign at the corner of Clayton Avenue and Skinker Blvd. Drivers can see it from Highway 64. The second is the Hi-Pointe Theatre, built in 1922 and still showing movies like they did in the "old days" on its one big screen, in its one big auditorium!

Do you have a photo for Hi-Pointe Neighborhood? Send it to us! Submit Your Photo